Get The Most Out Of Your Home Theatre With ALR Screens 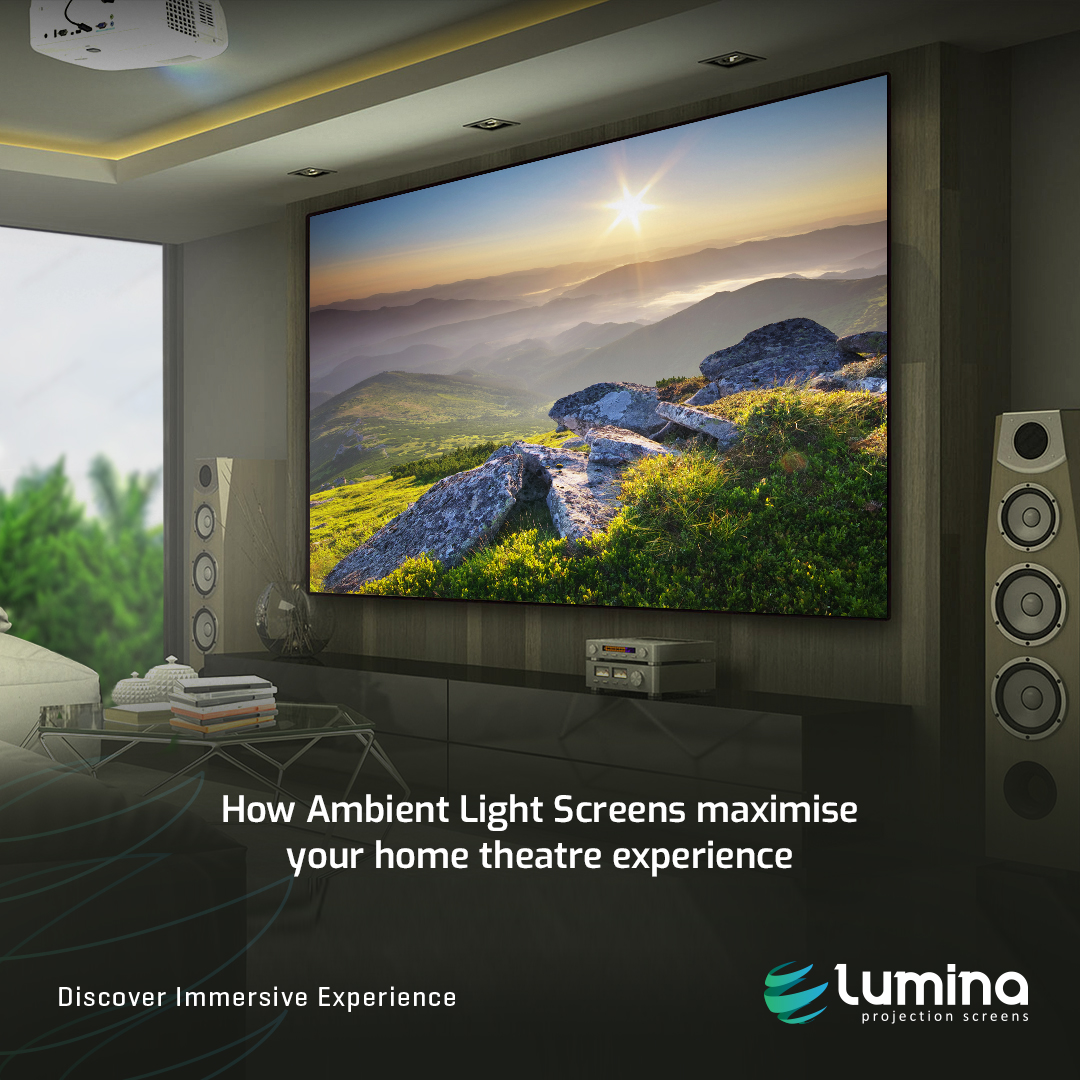 When we think of home theatres we usually think of a dark, draped room much like a mini theatre in a room. But modern home theatres are evolving. They are now rapidly becoming a part of the family or media room. With the trend of replacing flat-screen TVs for 4k UST projectors picking up the move is becoming more mainstream.

For all its attractiveness, this trend does have one major downside. Ambient light. The main reason why home theatres were dark in the first place.  Using a normal screen in a darkened room gives a lower amount of light for the screen to reflect. In a brightly or even dimly lit room however traditional matte white or grey screens just have too much light to reflect, leading to a dull, washed-out image. This is where Ambient Light Rejecting (ALR) screens come in handy.

So what makes ALR screens different? Let’s begin by looking at how a screen reflects light. Common screens will reflect whatever light is thrown on it uniformly and in all directions. These are what are known as diffuse reflectors. Light is reflected in multiple angles as compared to a specular reflector that reflects light exactly opposite to the one to which it arrived, such as a mirror. Now a point to be made here is that not all projector screens are purely diffuse reflectors. They may also unidirectionally reflect light. This is done to increase the brightness of the reflected image (gain) within a certain area (viewing angle). 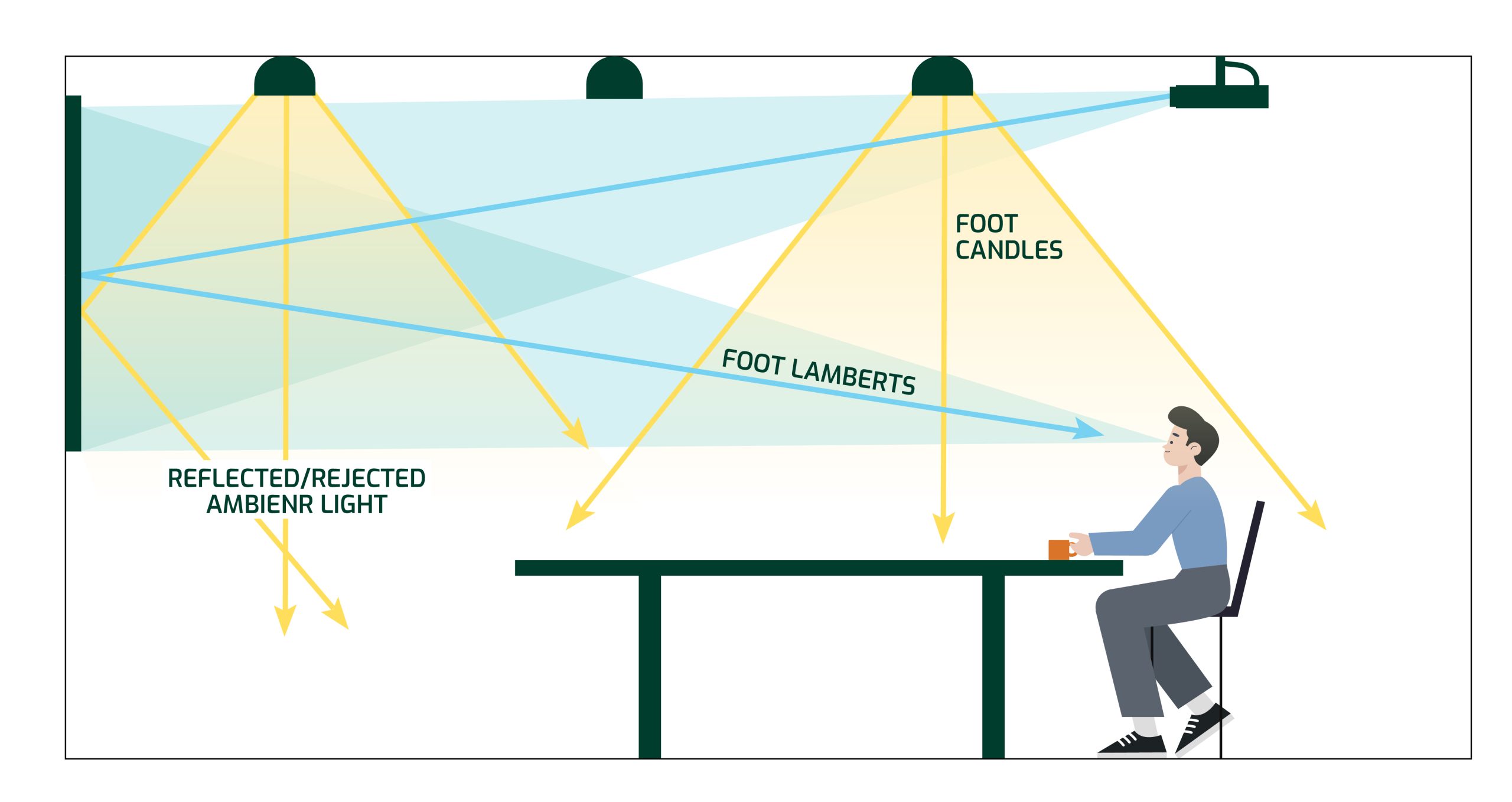 Angular Reflectivity is when the screen works somewhat like a mirror. A light thrown down at an a15-degree angle from the projector will reflect upwards at a 15-degree angle. The optics method, like the one used in the Leor 17 screen, diverts the ambient light away from the audience. This is done through multiple layers with various layers having different absorption and reflectivity properties with lens-like elements. This can also be referred to as a lenticular structure.

ALR is not completely foolproof though. If the ambient light hits the screen from the same direction as the projector then the screen will be unable to negate the light. ALR works best when the ambient light is diffused like reflections off walls, recessed or overhead lighting or outdoor light. Some ALR screens also have issues with hotspots which screens like Leor 17 eliminate through a reflective layer with ultra-fine particles. These screens also cost more than the average screen which will drive up the price of the home theatre on the whole.

ALR screens are a great option for those who want to replace their traditional tv with a projector screen for a more immersive experience. It helps make the home theatre more of a casual family space than a separate formal room.