5 Great Movies Based on Virus Outbreak 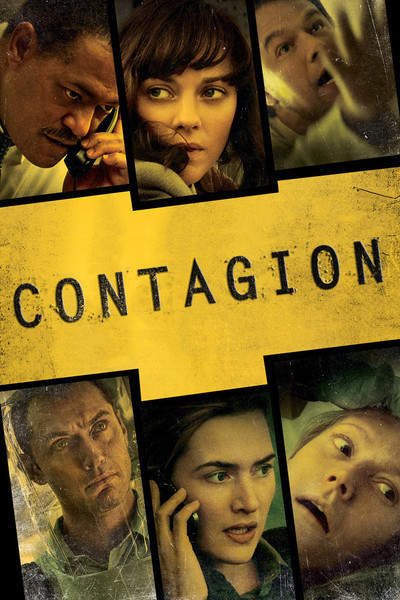 In an unprecedented turn of events that resulted in Coronavirus being termed as a pandemic, the start of the new decade has been fraught with anxiety, worry and global transformation. The coining of new terms such as social distancing, self-isolation has become the norm to stop the virus from spreading.

The nationwide lockdown requiring people staying at home has, in turn, resulted in high demand for home cinema. People are electing to occupy their time these days by watching movies and TV shows to a greater extent. Movies related to various disease outbreaks have been gaining popularity over the past months.

In the similar spirit, we have compiled the top five movies based on the virus outbreak one can watch to expand their knowledge on diseases and the difficult circumstances of the population surrounding it in the hope that you find solace in these trying times.

The disease disaster movie on everyone’s list right now! Contagion is the gold standard of disease-thriller filmmaking directed by Steven Soderbergh. Featuring an all-star cast like Matt Damon, Kate Winslet, Gwyneth Paltrow and Bryan Cranston. This breathless multi-perspective narrative has been described as ultra-realistic – informed by the World Health Organisation and praised for its accurate depiction of a pandemic by scientists. It is one of the most trending films currently being watched by people across the world on various streaming channels during the coronavirus outbreak. It is available on both Netflix and Amazon Prime.

A classic infection blockbuster from Wolfgang Peterson where we see medics battling with a virus brought to a Californian town by an African monkey. The star cast of Outbreak features actors like Dustin Hoffman, Rene Russo and Morgan Freeman in lead roles. Inspired by Richard Preston’s fantastic nonfiction book The Hot Zone, the movie details the origins of deadly Ebola-like virus called ‘Motaba’ that infects the citizens of the fictional coastal village of Cedar Creek in California.

This really well down South Korean film follows a deadly strain of the H5N1 virus that kills its victims within 36 hours, as the airborne disease hits a city less than 20km from Seoul. Starring Hyuk Jang, Soo Ae and Roxanne Aparicio. The movie shows how certain individuals needed to be quarantined, how birds were shot to stop the spread of the disease, and how families found ways to relocate to save themselves. The film also shows how soldiers, politicians and health organisations dealt with the crisis.

This Indian film is based on the real events which revolve around the 2018 Nipah virus outbreak in Kerala and the local community’s mobilization effort to stop the spread. Featuring Tovino Thomas, Parvathy Thiruvothu and Madonna Sebastian. The most powerful performance in the film is the actress Asha Kelunni Nair, who portrays the health minister C. K. Prameela. Prameela was based on Minister K. K. Shailaja Teacher, the minister for health who was the senior official in charge of the effort in real life.

Based on Michael Crichton’s best-selling 1969 novel, this classic showcases the great efforts of a team of four scientists to unravel the mystery of a fast-mutating extra-terrestrial virus before it can spread throughout the world. The claustrophobic hidden lab perspective makes the film feel intimate even as the results of the Andromeda organism are catastrophic and terrifying. Directed by Robert Wise, the film’s centre on science makes it that much more realistic — and frightful.

Films are inspired by reality and are not reality itself, so we cannot be influenced by them when it comes to what to do and not do when faced with the pandemic. The biggest takeaway one can get from watching these movies is preparation. When scientists and doctors were fully prepared, everything went better. Not just in times of having enough resources and supplies but also understanding how to address the problem and what questions to ask.